​Despite the pandemic, the Great Blue Herons arrived in February, 2020 and occupied 7 of the existing nests. Although we could not conduct our regular Heron Watch program with volunteers showing the busy colony to the public using the spotting scopes, folks came out in large numbers using binoculars or just their eyes.

The Great Blue Heron males began arriving in February to attract a partner. Courtship rituals began soon after. By March, eggs were laid in many of the nests and parents alternated sitting on the eggs. Other adults arrived later until seven nests were occupied. Eggs hatch in thirty days.

By April, there were 17 chicks in the 7 nests. The last of the chicks fledged at the end of June and by July 1st, all the herons were gone.

The herons moved from the island by the Stow Lake Boathouse to the island near the Waterfall in 2015.

Photographers Helene Sobol and Ian Reid have graciously allowed us to showcase their photos of the 2020 nesting season at Stow Lake.

A Look at the 2020 Great Blue Heron Colony 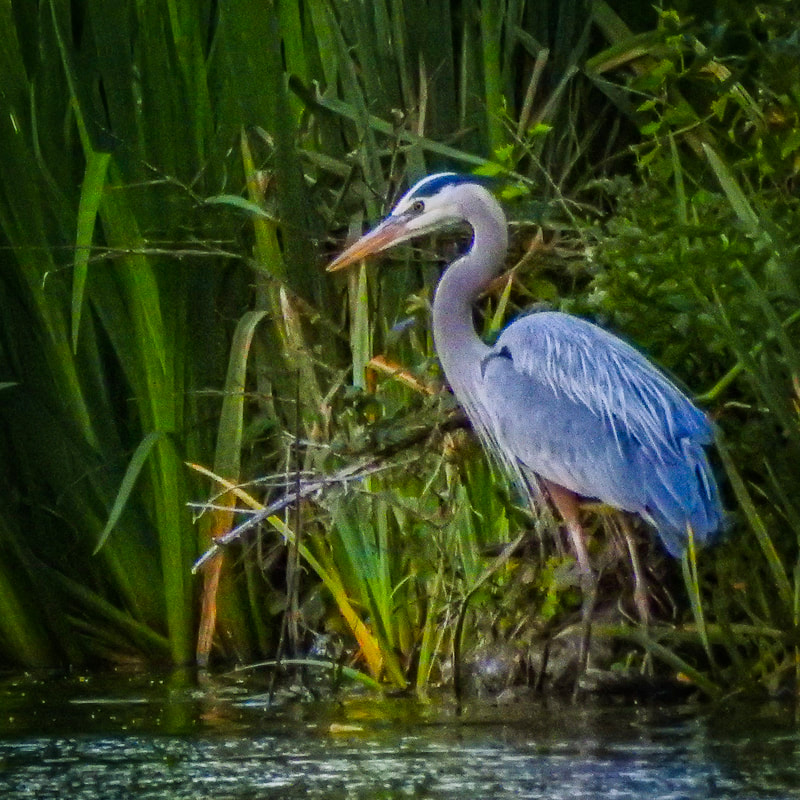 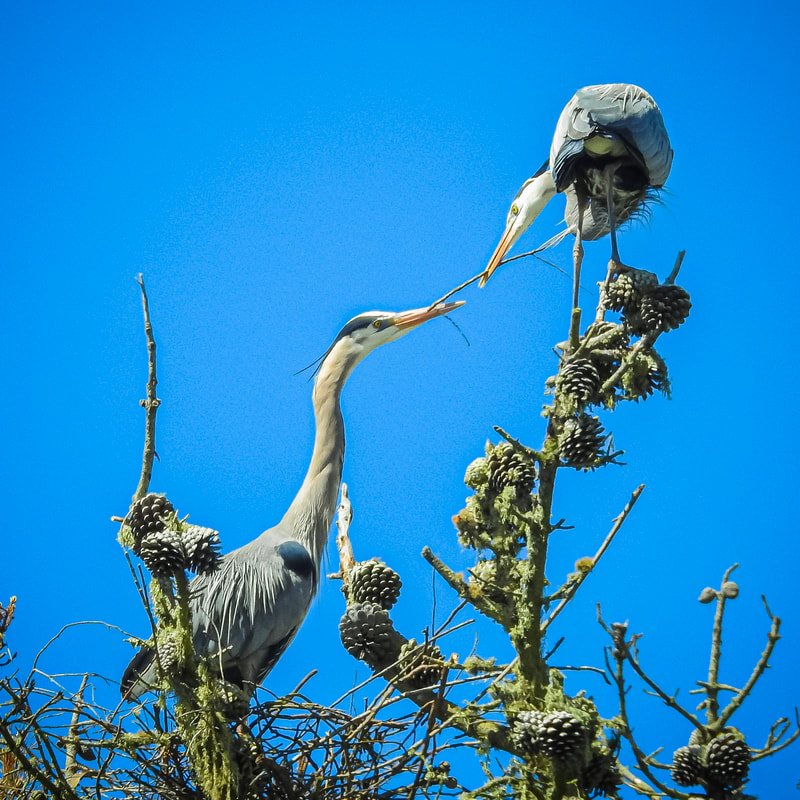 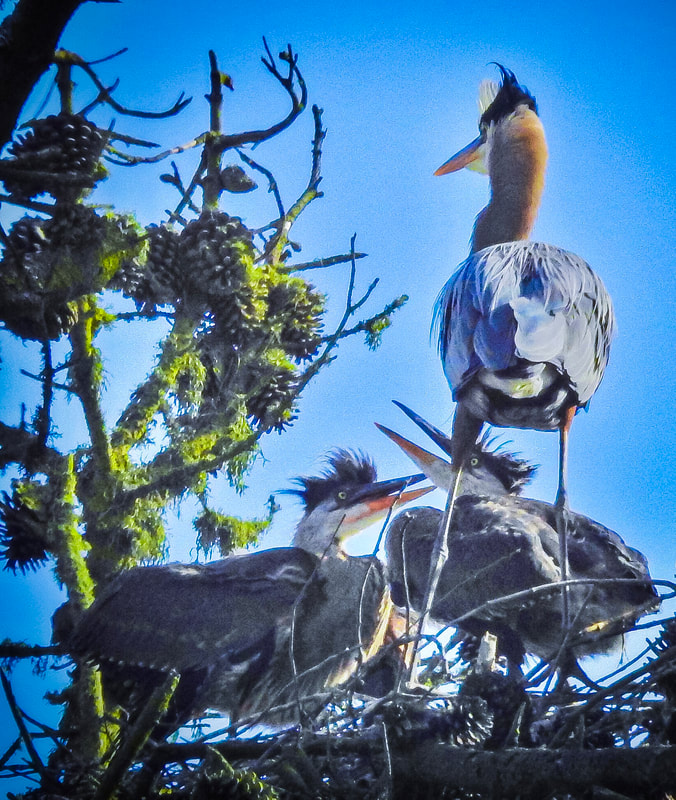 Parent arrives in nest to feed hungry chicks. May 8, 2020 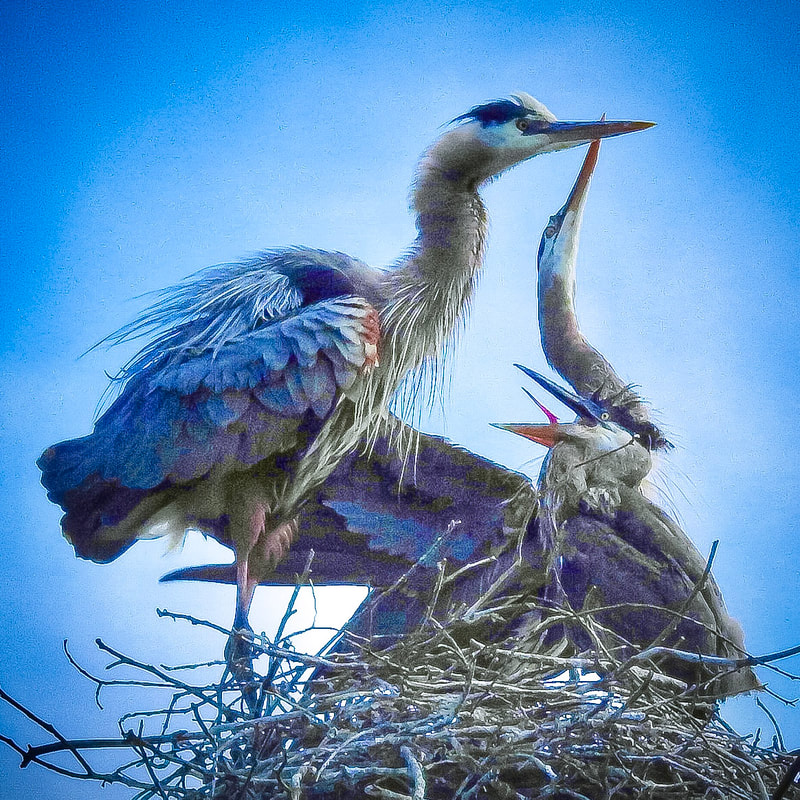 Parent arrives to feed sole chick while other parent gives a greeting. May 10, 2020 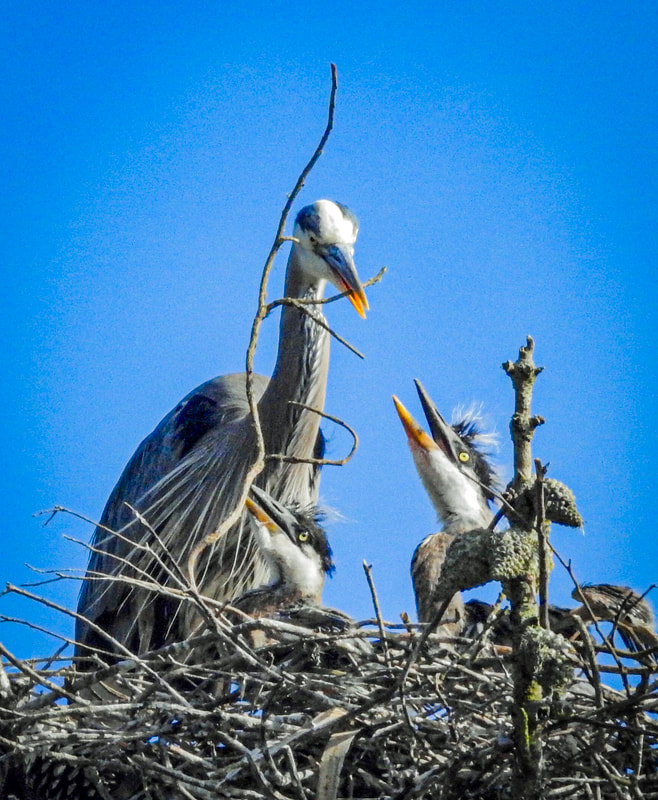 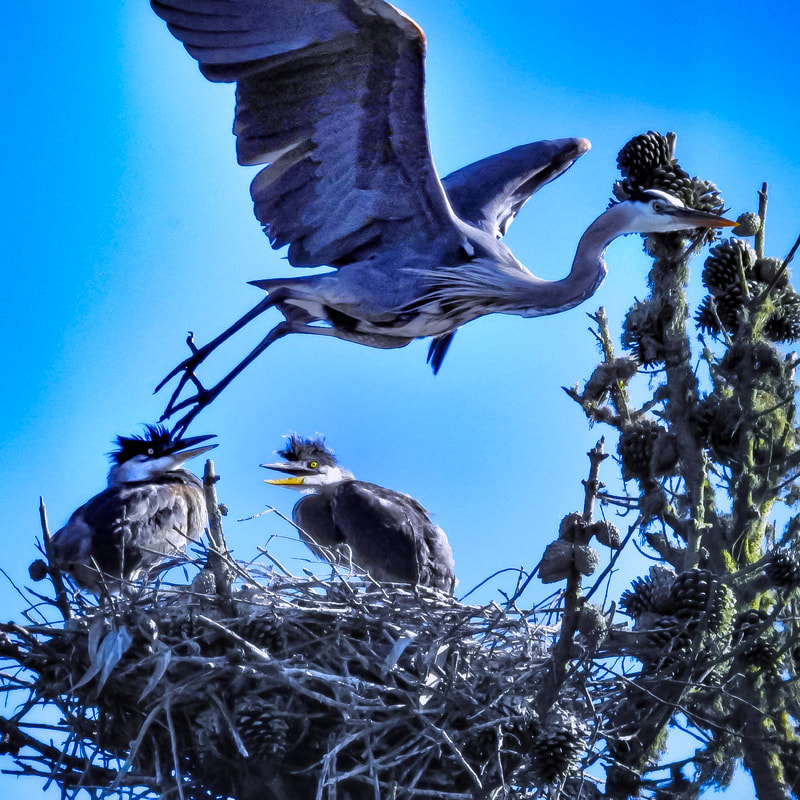 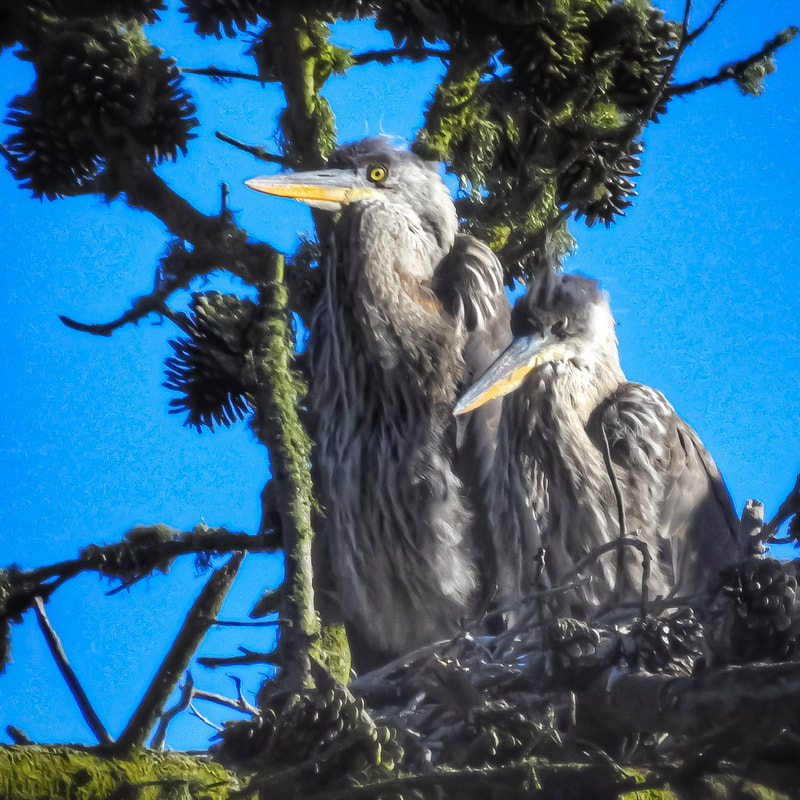 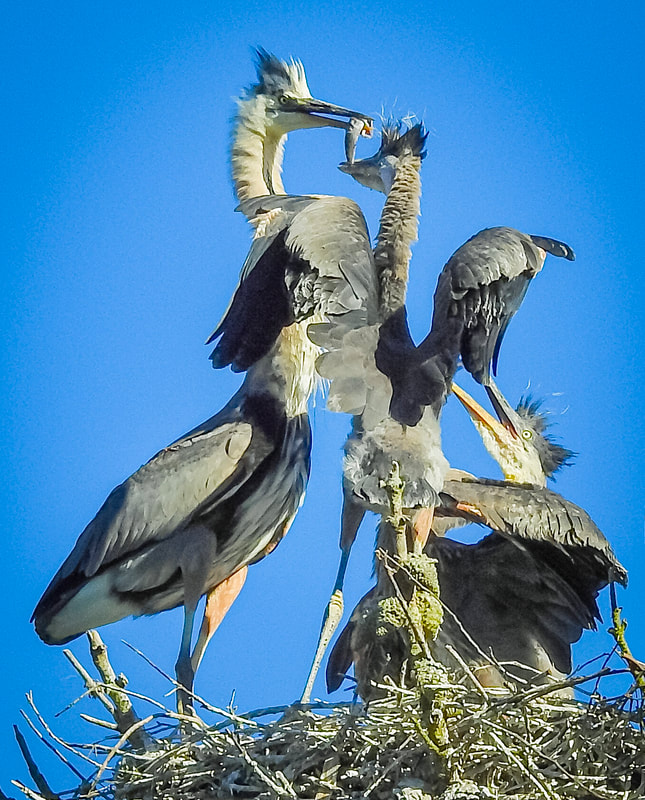 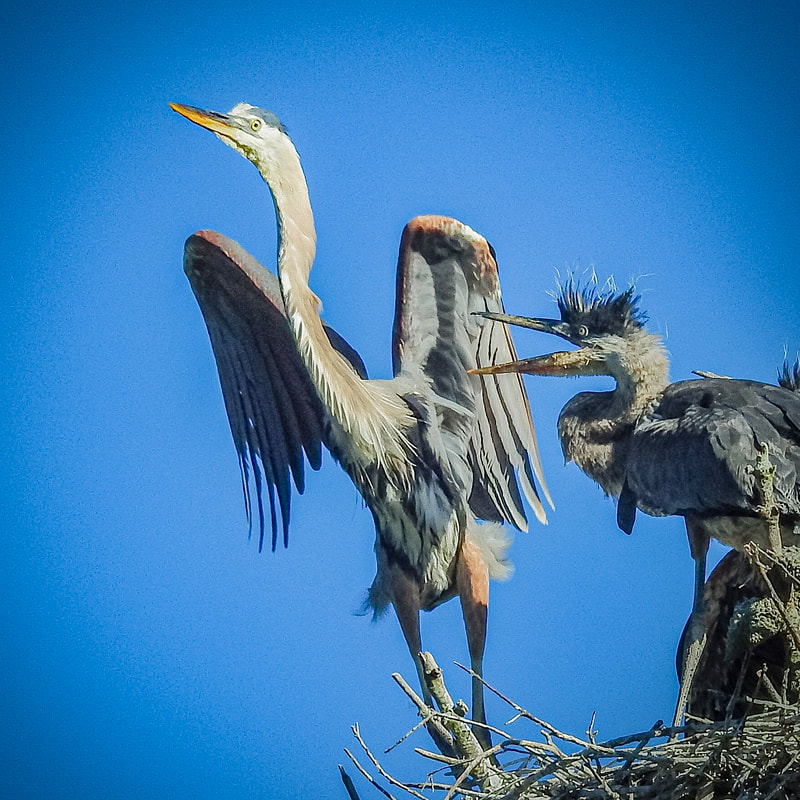 Look at that fierce chick with the Mohawk! No wonder we talk about their connection to dinosaurs! June 9, 2020 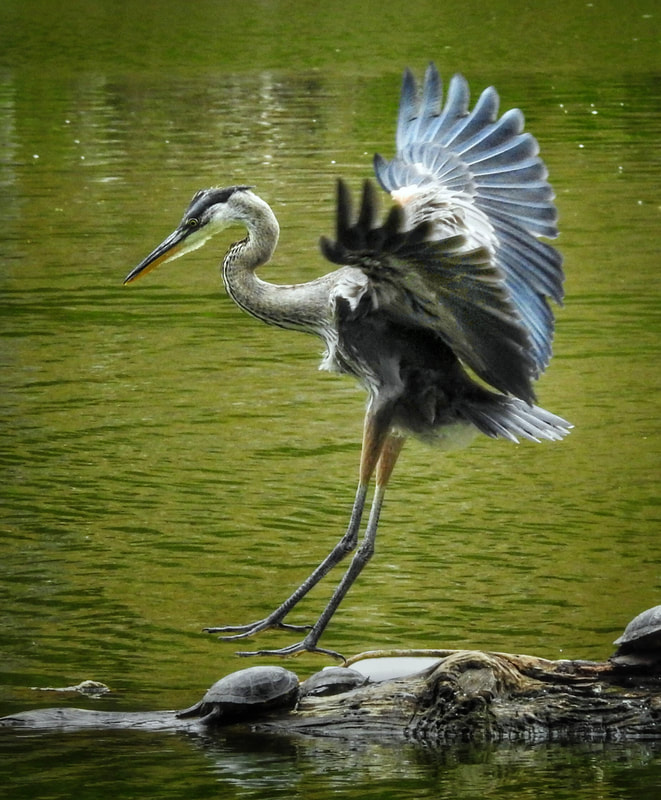 Fledgling lands at bottom of island to start fishing on its own. June 23, 2020
​Photos by Ian Reid 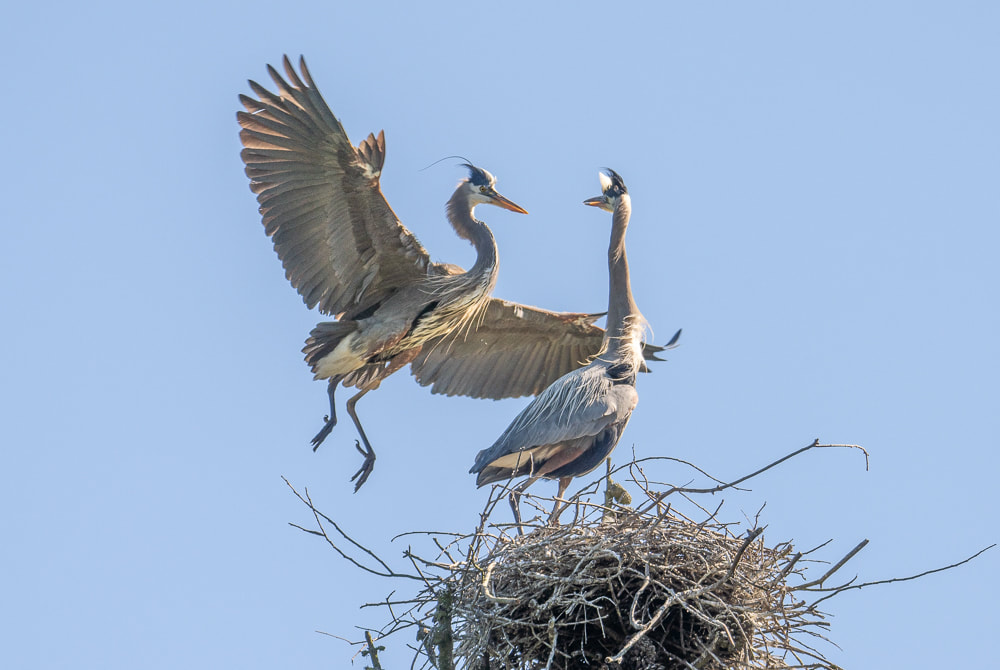 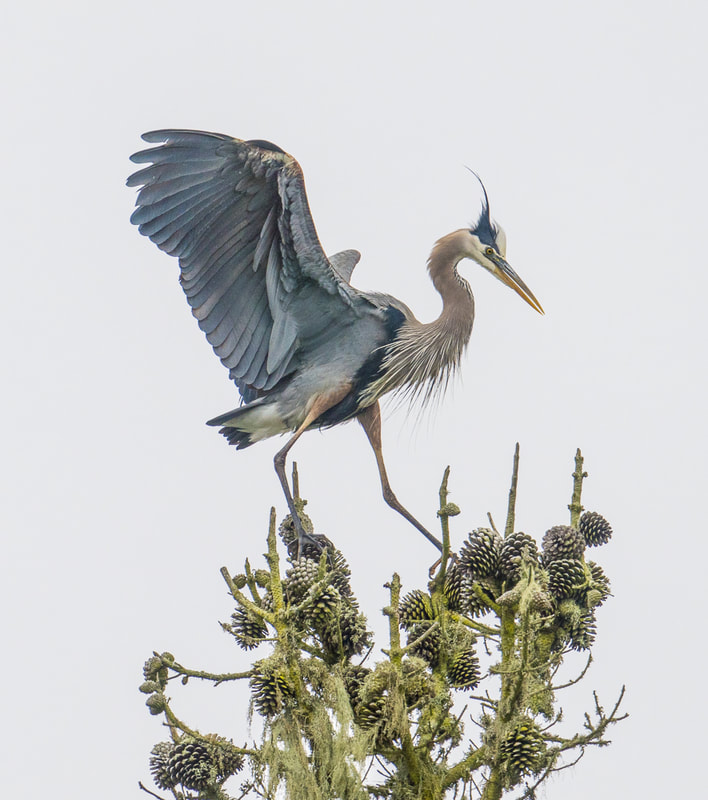 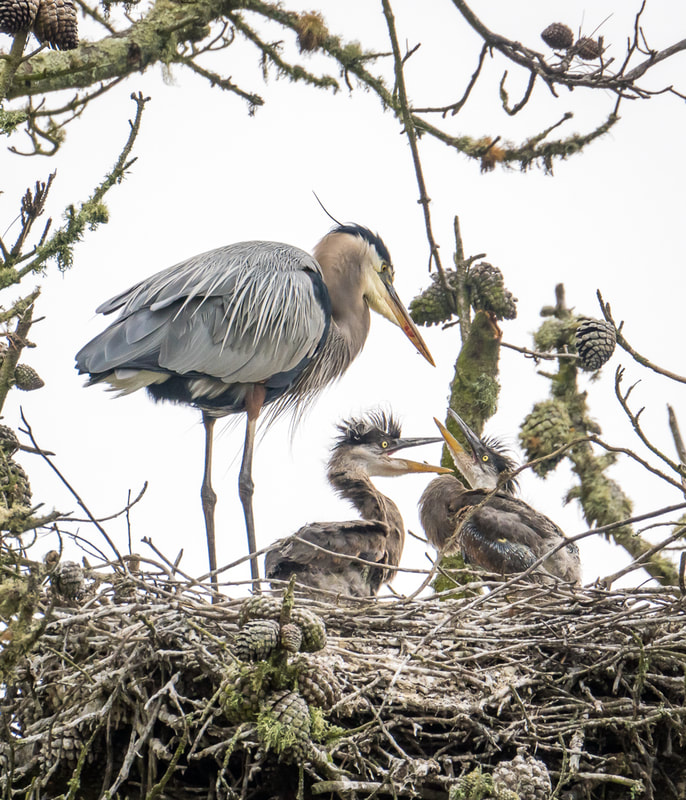 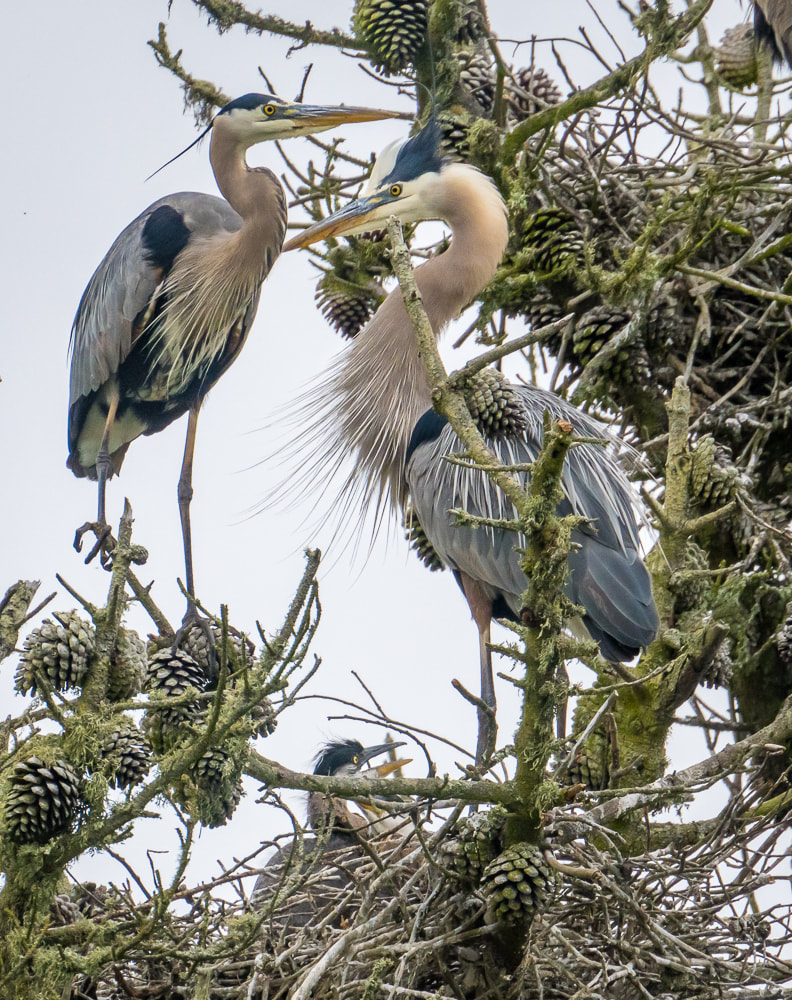 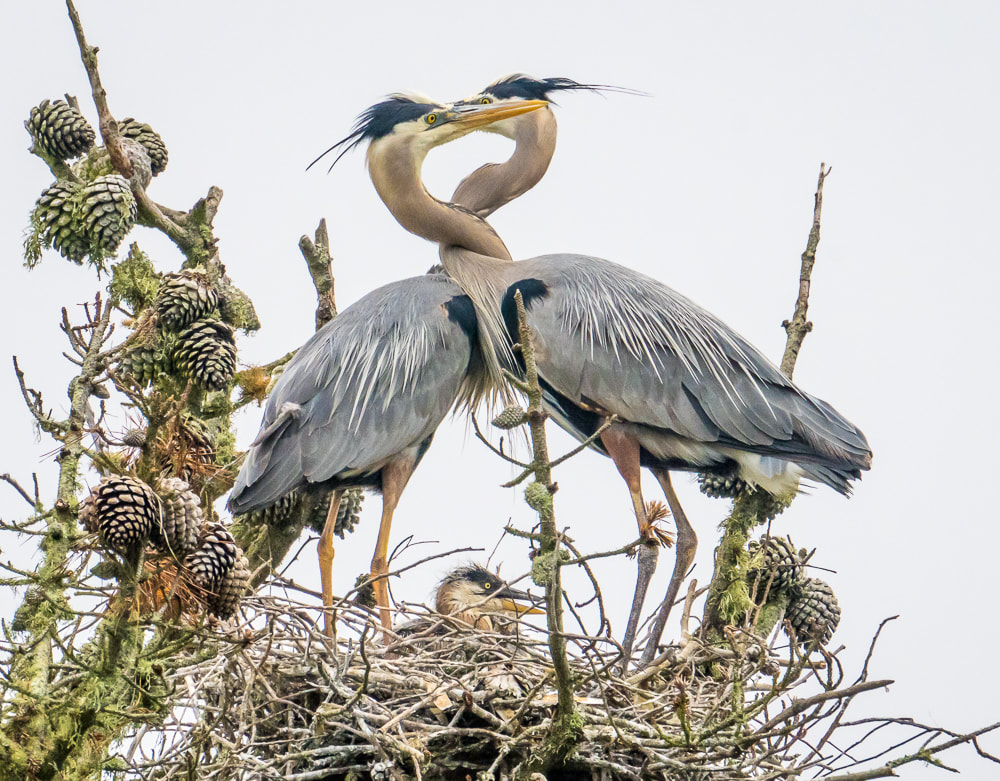 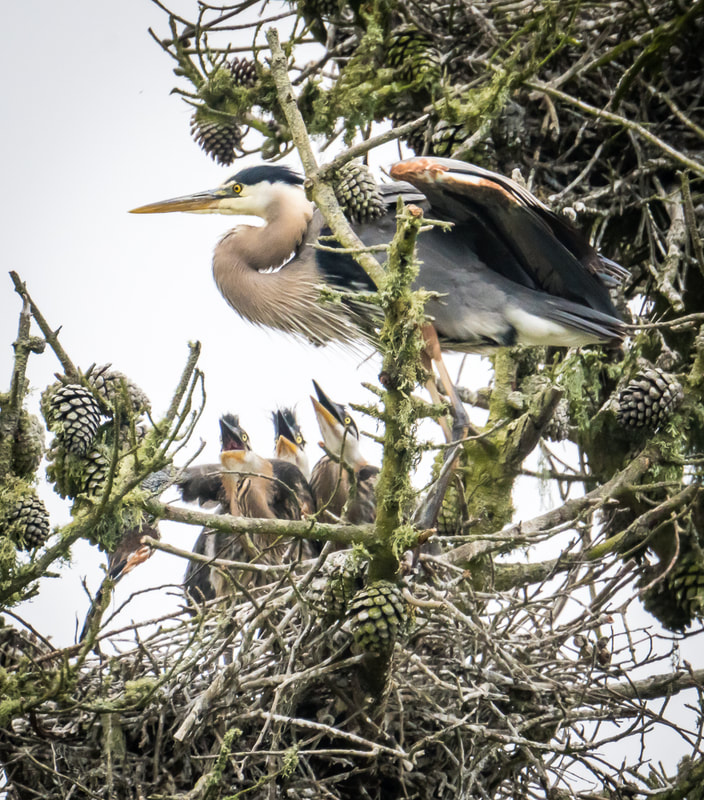 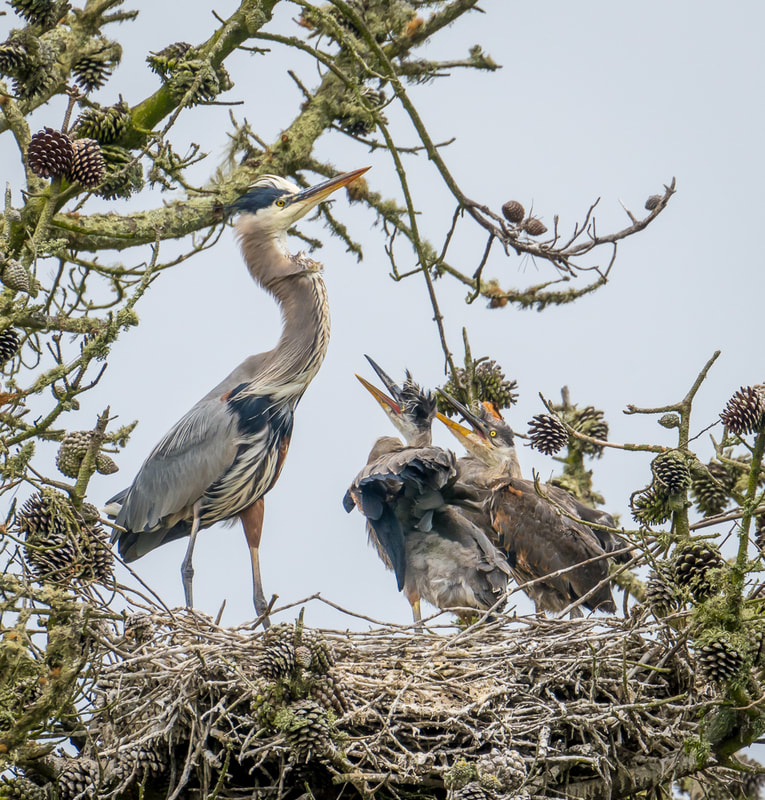 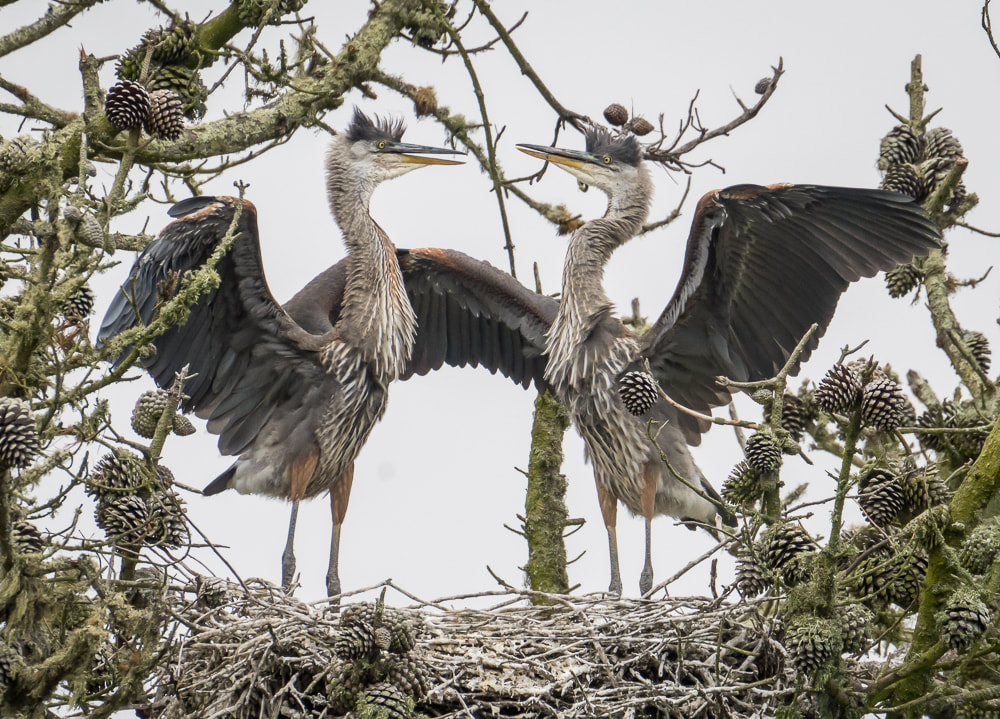 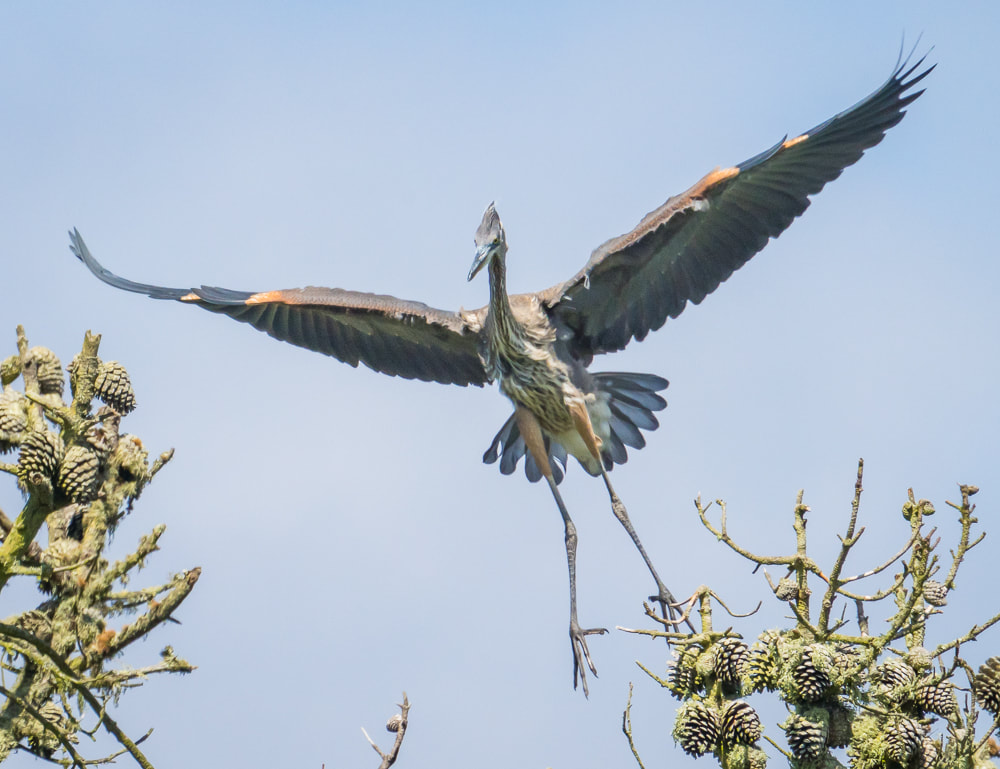 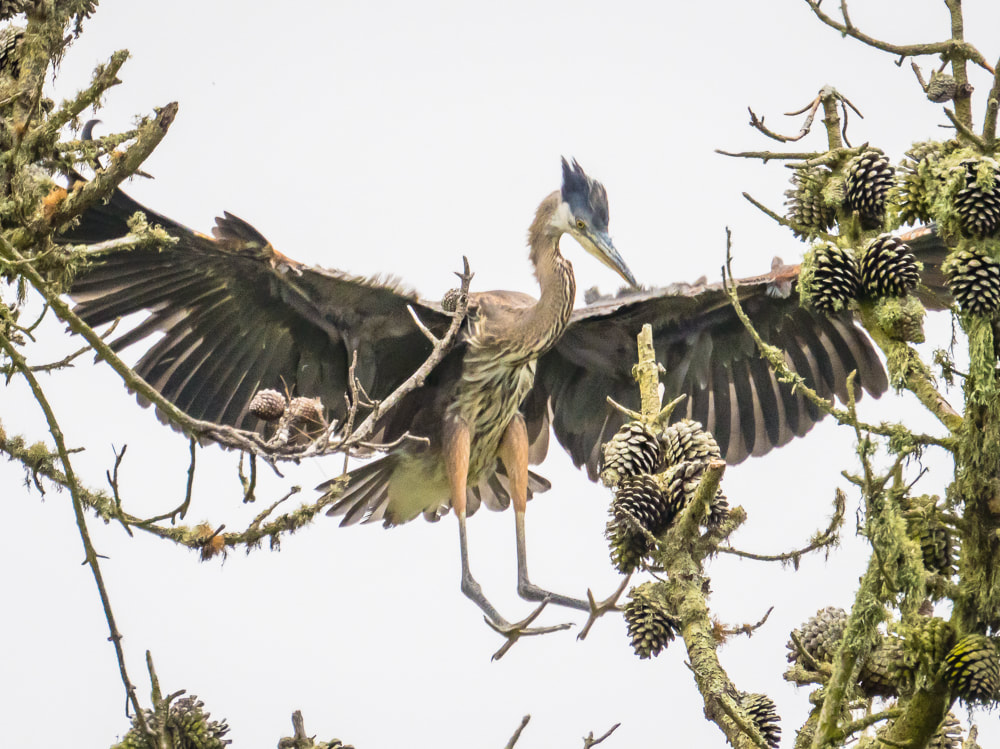